1st Cavalry Division Association > About Us

On 17 July 1944, a group of First Team Soldiers in the Admiralty Islands agreed to form an Association of 1st Cavalry Division Soldiers and Veterans to preserve old friendships and conduct periodic reunions. 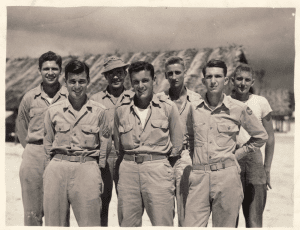 The Association unanimously adopted a Constitution in November 1948 during its first reunion and was incorporated in Washington, D.C. on 1 September 1949. The Constitution begins by listing the aims and objectives of the Association. It states, “The 1st Cavalry Division Association was organized in the Admiralty Islands with the common aims: to perpetuate the fine traditions and the gallant accomplishments of the Division; to provide a suitable memorial dedicated to the memory of our fallen comrades; to establish an endowment program to continue as a lasting reminder in their memory; to preserve and strengthen the fine friendships that found root during war service in the 1st Cavalry Division; and to be mutually helpful to one another in the years which lie ahead.”

Perpetuation of the fine traditions and the gallant accomplishments of the Division remain one of the objectives of the Association. The 1st Cavalry Division Band, Honor Guard, and Horse Cavalry Detachment maintain that tradition as the Battle Streamers on the unit Colors flutter in the breeze on Cooper Field during ceremonies at Fort Hood. The Association has a close tie to the Horse Cavalry Detachment since it provided funds to assist the Division Commander, MG Jim Smith, in equipping the Horse Platoon in 1971. Since that time, the Association has remained in close contact with the unit that has ridden in Rose Bowl Parades and Presidential Inaugurations. Association members maintain contact with their old units and often conduct briefings or leader development classes for them during the reunions conducted at Fort Hood. This helps to bring the Division’s history to life for the present day Troopers. The Association Historian and other members of the Association undertook the task of updating and recording the history of the Division. The resulting book, 1st Cavalry Division, A Spur Ride Through the 20th Century, is another way the Association ensures that the accomplishments of the Division are remembered. 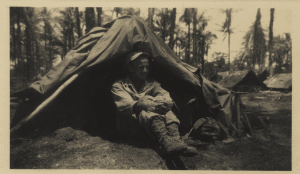 The names of our honored dead from previous wars are set in long bronze tablets that surround those who enter the 1st Cavalry Division Memorial Chapel on Fort Hood. The tablets affixed to the inner walls of the Chapel are a fulfillment of the pledge to dedicate a fitting memorial to the 10,383 Troopers assigned to units of the 1st Cavalry Division who gave their lives during World War II, the Korean War, the Vietnam War, and Desert Storm. The dedication plaque near the entrance of the Chapel states, “This Memorial is dedicated by the Troopers past and present of the 1st Cavalry Division to those of our ranks who have fallen in battle. We record their names here as a perpetual roll call in honor of their selfless sacrifice. We, your comrades in arms, salute you and rededicate ourselves to the principles of duty, honor, and country for which you gave the last full measure of devotion.” The memorial was dedicated during the 1995 reunion and continues to be a focus of our Memorial Service during reunions. Names of the war in Iraq will be added at a later date. Additionally, the Museum Foundation organized an effort to build a Division Memorial to honor the Troopers of the Division that were killed during the Division’s first deployment to Iraq. This Memorial stands on Cooper Field adjacent to the Division Headquarters to honor those who died. The names of the honored dead from the Division’s subsequent deployments to Iraq and Afghanistan have been added to the Memorial. 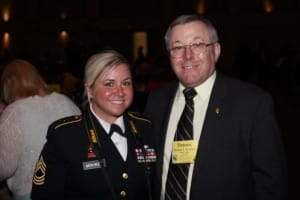 Descendents of Troopers who fought in designated qualifying units of the 1st Cavalry Division in the battles of the Ia Drang Valley from 3-19 November 1965 are eligible to receive scholarships from a special program. This program was started from the proceeds of the book We Were Soldiers Once…and Young by LTG (Ret) Harold G. Moore and Joseph L. Galloway. The Ia Drang Scholarship program is currently funded by donations from individual members and an investment program that is overseen by the Foundation Trustees. This program has provided over $351,000 to 183 students. It is a separate program that is managed but not funded by the Foundation. Again, donations designated for this fund are tax deductible.

Cavalry Troopers from every period of the Division’s history have formed friendships that continue to stand the test of time. Whether forged in combat or while serving in peacetime, relationships between Troopers are something special and can only be truly understood by another Trooper. The Troopers in the Admiralty Islands understood this bond and decided they wanted their friendships to continue, and continue they have. Since the first reunion in 1948 the 1st Cavalry Division Association has met every year – 70 straight years when we meet in Killeen/Fort Hood in 2017. Since 1983, the reunion has been held in Fort Hood/Killeen every other year with the exception of 2007. In 2007, the reunion was held in Riverside, California due to the deployment of the Division to Iraq. Association members select the location for the other reunions three years in advance, by vote at the General Membership meeting during reunions at Fort Hood. Reunion events include a Welcome Mixer, War Era and Unit Luncheons; Purple Heart Breakfast, Gold Star Family Breakfast, Ladies Tea, meetings of the Board of Governors, Foundation Trustees, Museum Foundation Trustees, Chapter Presidents, the General Membership. Additionally, an Association Banquet, and a Memorial Ceremony are also conducted. Plenty of time is spent in the Reunion Room reminiscing with old friends and making new ones. Tours and other special events to include a Golf Tournament and a Sweetheart Dance that supports the Scholarship Foundation are often a part of this great event. 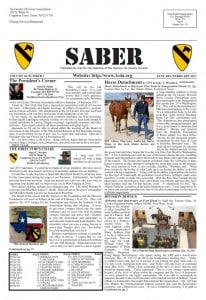 The Association authorized geographical location or unit focused chapters so Troopers who could not attend reunions could continue to meet together. The 1st Cavalry Division Association currently has 23 local or regional chapters in 22 different states and the District of Columbia. It also has 2 unit oriented chapters that are chartered and active. The size of individual chapters varies but each offers Troopers an opportunity to meet and socialize with other Troopers and enjoy Cavalry camaraderie.

The SABER is printed every other month and subscriptions for Life members are $10 and Associate members are $15 per year. It is available on our web page at no charge. SABER provides another forum for members to preserve and strengthen the fine friendships made years ago by providing columns that focus on the units that have been assigned to the Division. Additionally, columns that discuss the activities of the active duty Division, the Horse Cavalry Detachment, Chapter News, and other articles that are submitted by members that are published from time to time. Two special items in the SABER are the Taps and Wanted sections. Taps lists the names, units, and periods of service of Troopers who have passed away and have been reassigned to Fiddler’s Green. The Wanted section provides members the opportunity to find other Troopers or help each other by making contact with one another.

Members who are on-line can enjoy the history of the Division, obtain information on Association programs, and leave a message for others by making an entry in our Guest Book when they visit our web page at www.1cda.org. If you don’t own a computer visit a friend or a public library to log-on and take a trip through the history of the 1st Cavalry Division. Unit histories for the units presently assigned to the Division are available along with links to a listing of Chapters and to other web pages that have ties or history with the Division. An on-line catalog is available for any member who wishes to purchase 1st Cavalry Division items from the Crossed Sabers Chapter Souvenir Shop. Money earned in the Souvenir Shop supports the 1st Cavalry Division Museum, the Association, and provides funds so our active duty Troopers can attend the reunions when they are not held at Fort Hood.

The Association has three full-time employees who staff the Headquarters in Copperas Cove, Texas: the Executive Director, the Program Director, and the Chapter Coordinator. The office staff is assisted by the officers, the Board of Governors, Foundation Trustees, Museum Foundation Trustees, Advisory Council, and a large group of volunteer members who provide assistance with the chapters, reunions, SABER, and the Division Support Program. Normal office hours at the Association are from 0830 – 1700, Monday through Friday. The Association office is closed on all Federal Holidays and the Monday and Tuesday following the annual reunion.

The aims and objectives of the Association are as valid today as they were when they were signed in 1948. The Charter Members of the 1st Cavalry Division set the conditions for a successful operation and the Troopers of each successive generation have joined ranks making the 1st Cavalry Division Association the great organization it is. It’s a great team, it’s our team, it’s the First Team!