The Foundation of the 1st Cavalry Division Association 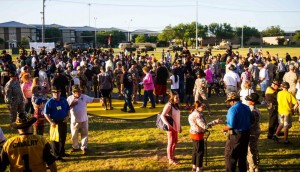 2015 Reunion After Spirit of the Cav

The Foundation of the 1st Cavalry Division Association was established for the purpose of providing financial assistance in the form of scholarship grants toward the pursuit of an advanced education.

The Foundation also administers a separate program for descendants of Soldiers who served in designated qualifying units that were involved in the battles of the Ia Drang valley during the period 3 through 19 November 1965.

The Foundation of the 1st Cavalry Division Association is a tax-exempt charitable organization described in section 501(c)(3) of the Internal Revenue Code and all donations are tax-deductible. The Foundation’s tax identification number is 23-7016417. 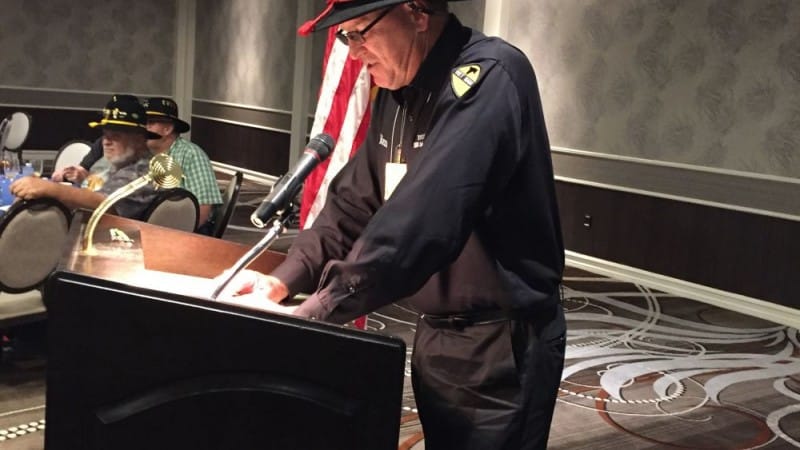 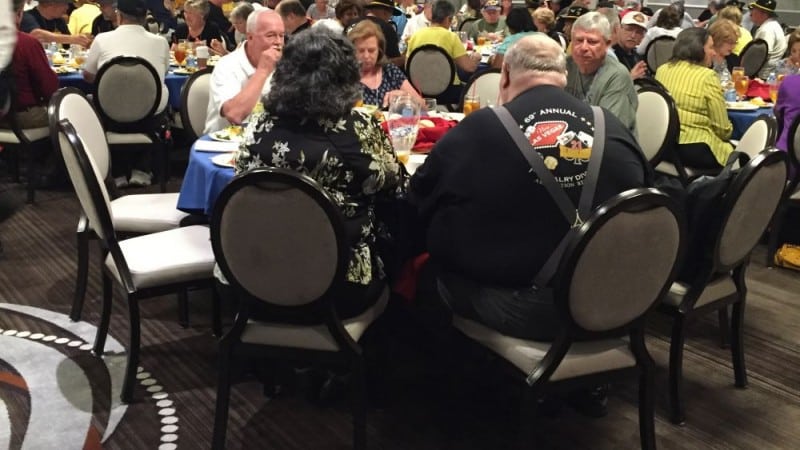 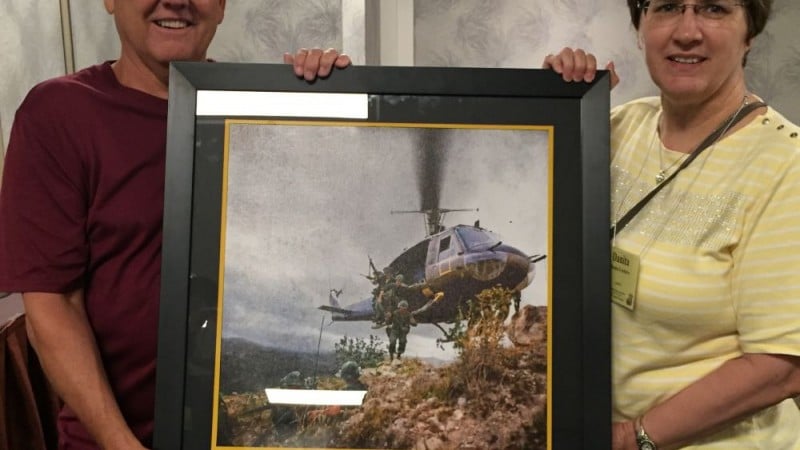 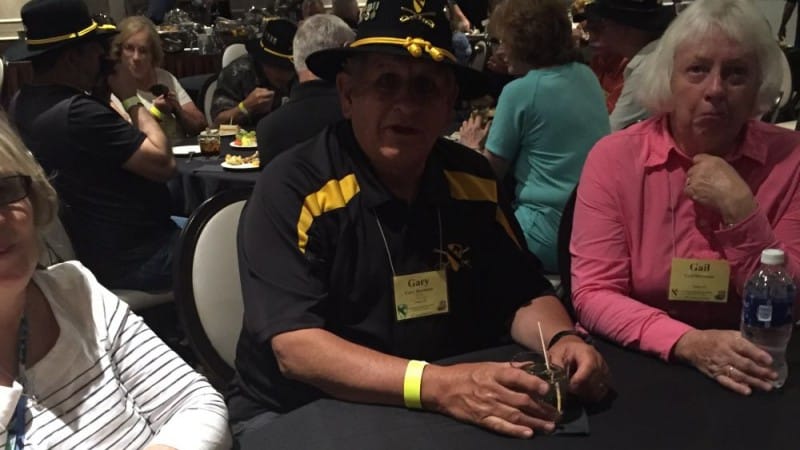 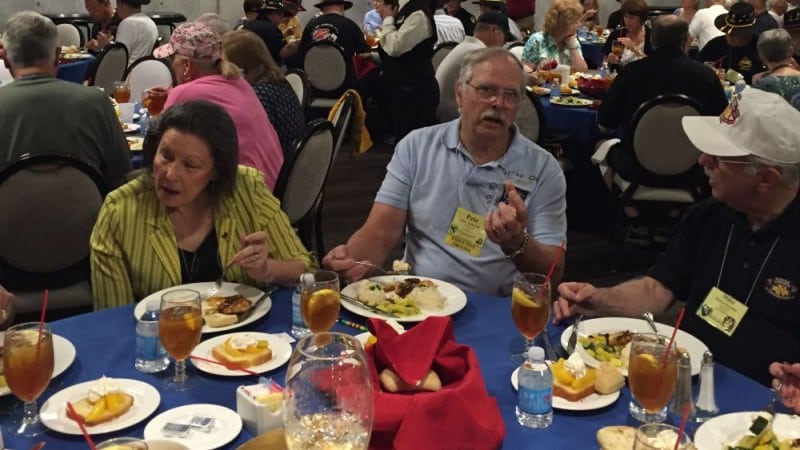 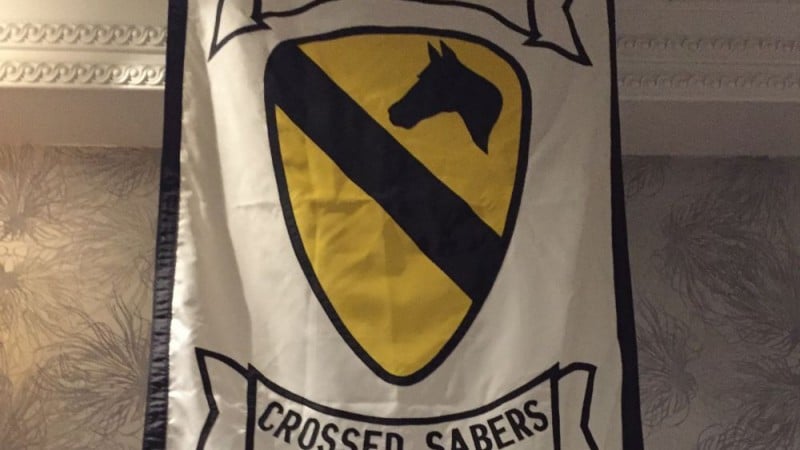 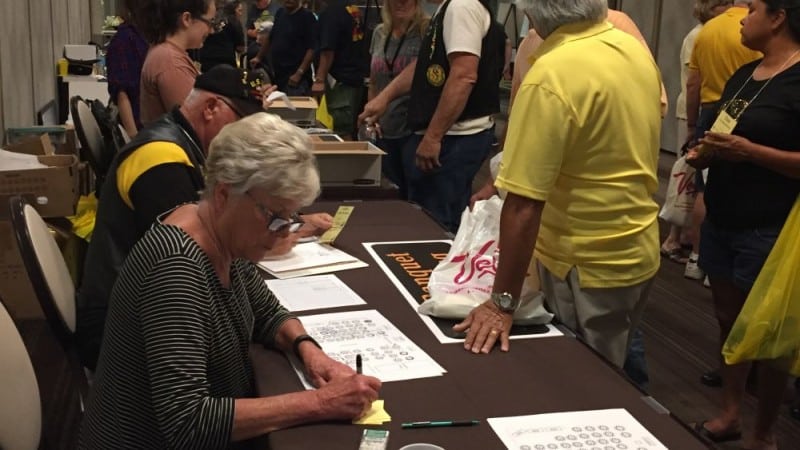 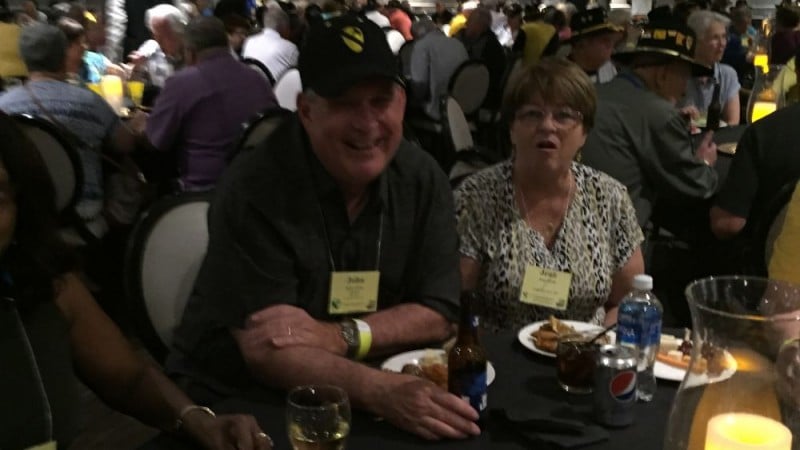 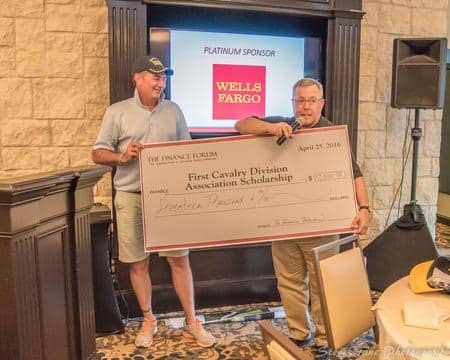 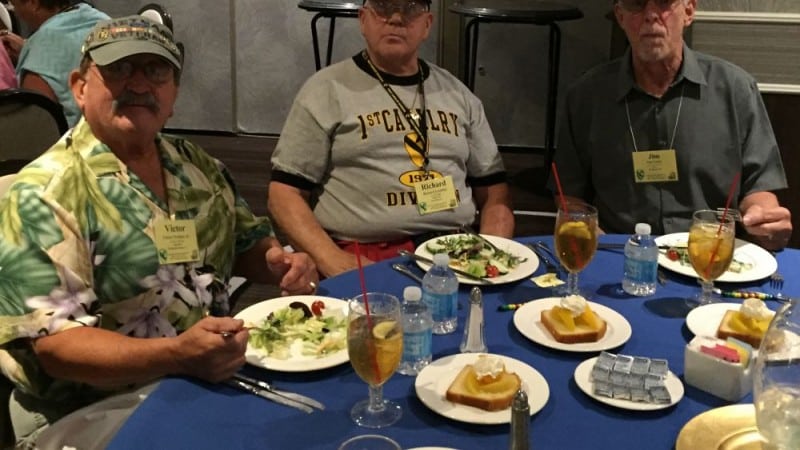 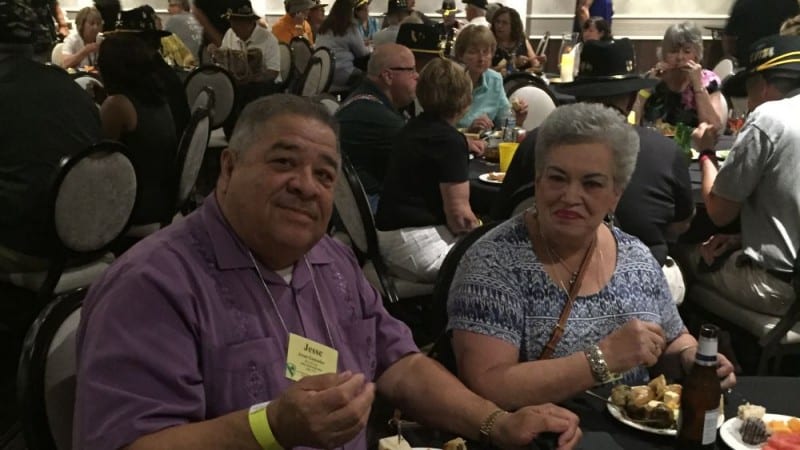 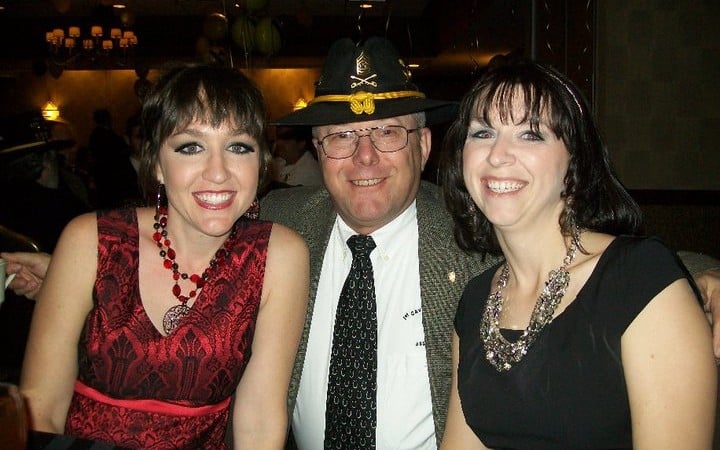 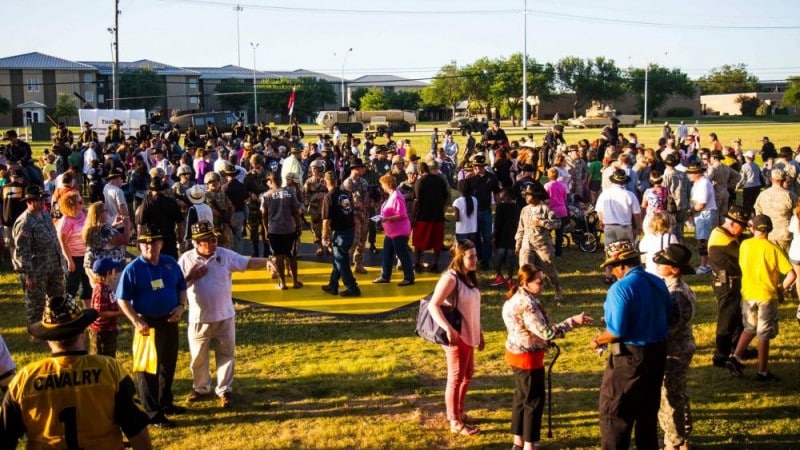 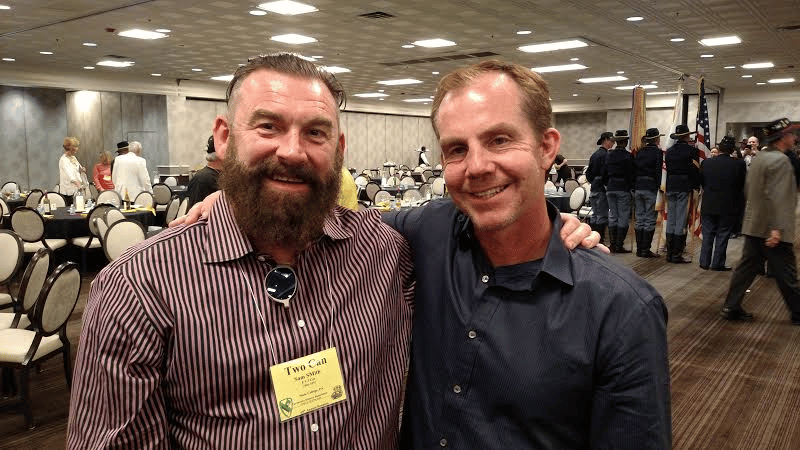 The scholarship program was initiated by the Association in 1967 during the Vietnam War in response to requests from the Sergeants Major of the Division who committed their support to perpetuation of the program.

A trust agreement was signed on 16 August 1968 establishing the Foundation. Since that time, no child of a Trooper that has been killed or disabled has been turned away for lack of funds. Between the generous donations of Association members and scholarship drives within the Division, the First Team has taken care of its own. In the 1970s, in response to a perceived downtrend in applications from the aging children of the Division’s Troopers that were killed in action from the Vietnam war, eligibility was expanded to children of Association members killed or disabled while on active duty with the Division. This extension produced an unexpected response from Vietnam Veterans who were still producing children. In 1988, again at the behest of the Division Sergeants Major, the program was expanded further to include Soldiers and spouses of Soldiers while assigned or attached to the Division.  The Foundation assumed responsibility for the Ia Drang program in early 1994 and awarded the first grant from this program in 1997.

Since its inception, the Foundation has provided:

Scholarships that began at $300 per year currently provide $1,200 per year with a maximum of $4,800 for four years of schooling per student.

Funding for the program, less the Ia Drang element, derives primarily from the Foundation’s primary investment portfolio, the annual Division fund drive and random donations from the membership and those interested in providing support for education. The Association annually provides $12,000 to satisfy projected shortfalls up to a predetermined maximum. All eligible candidates for grants who are children of deceased members of the Division are funded. The number of scholarships and grants for Active Duty Soldiers and their spouses are determined during the June Foundation Trustee Meeting .

Funding for the Ia Drang program comes from donations specifically earmarked for this category of grant. Ia Drang funds are separately invested in a fenced program to build up an investment corpus to sustain additional grants from its proceeds.

Please mail your tax-deductible donations to the Foundation of the 1st Cavalry Division Association, 302 N. Main St., Copperas Cove, TX 76522-1703. Donations in the amount of $25 or more will be acknowledged in the SABER. Donations of $250 or more will receive a tax certificate as required by the IRS. Donations intended for the Ia Drang Fund should be made out to the Ia Drang Scholarship Fund.

For more information or an application to register for benefits use one of our on-line Registration Forms, fill it out completely, and attach all of the required supporting documentation to the Foundation of the 1st Cavalry Division Association.

Alternatively, you may send a Self Addressed Stamped Envelope (SASE) to the Foundation of the 1st Cavalry Division Association, 302 N. Main St., Copperas Cove, TX 76522-1703.

The application forms for Association members who are active duty Troopers currently serving with the First Team and their Families is open. You can get the information about this program at Active Duty Overview. Printed forms are available at the National Headquarters in Copperas Cove and at the Crossed Sabers Chapter Souvenir Shop in the 1st Cavalry Division Museum at Fort Hood, Texas.

At each annual reunion, the Association raffles off several items with the proceeds going toward the Foundation for scholarships.  At our 71st reunion in Charleston, WV the raffle brought in just over $1500.  Additionally, the Foundation receives funds from the Golf Tournament sponsored by the local Crossed Sabers Chapter.

4 March 2019 – A new memorandum of instruction (MOI) has been added to the Cav Hat and Spurs page along with minor changes to the text.