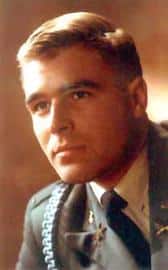 Citation: The President of the United States of America, authorized by Act of Congress, March 3, 1863, has awarded in the name of The Congress the Medal of Honor to Jon E. Swanson for conspicuous gallantry and intrepidity at the risk of his life above and beyond the call of duty: Captain Jon E. Swanson distinguished himself by acts of bravery on February 26, 1971, while flying an OH-6A aircraft in support of ARVN Task Force 333 in the Kingdom of Cambodia. With two well-equipped enemy regiments known to be in the area, Captain Swanson was tasked with pinpointing the enemy’s precise positions. Captain Swanson flew at treetop level at a slow airspeed, making his aircraft a vulnerable target. The advancing ARVN unit came under heavy automatic weapons fire from enemy bunkers 100 meters to their front. Exposing his aircraft to enemy anti-aircraft fire, Captain Swanson immediately engaged the enemy bunkers with concussion grenades and machine gun fire. After destroying five bunkers and evading intense ground-to-air fire, he observed a .51 caliber machine gun position. With all his heavy ordnance expended on the bunkers, he did not have sufficient explosives to destroy the position. Consequently, he marked the position with a smoke grenade and directed a Cobra gun ship attack. After completion of the attack, Captain Swanson found the weapon still intact and an enemy Soldier crawling over to man it. He immediately engaged the individual and killed him. During this time, his aircraft sustained several hits from another .51 caliber machine gun. Captain Swanson engaged the position with his aircraft’s weapons, marked the target, and directed a second Cobra gun ship attack. He volunteered to continue the mission, despite the fact that he was now critically low on ammunition and his aircraft was crippled by enemy fire. As Captain Swanson attempted to fly toward another .51 caliber machine gun position, his aircraft exploded in the air and crashed to the ground, causing his death. Captain Swanson’s courageous actions resulted in at least eight enemy killed and the destruction of three enemy anti-aircraft weapons. Captain Swanson’s extraordinary heroism and devotion to duty are in keeping with the highest traditions of military service and reflect great credit upon himself, his unit, and the United States Army. 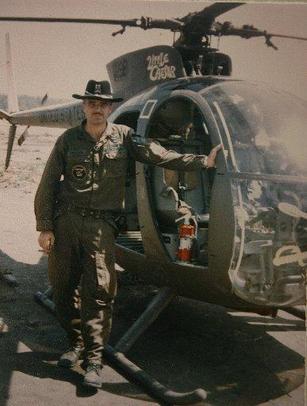 CPT Swanson’s widow and two daughters received his Medal of Honor in a White House ceremony from President George W. Bush on 1 May 2002.  His remains and the remains of his observer SSG Larry G. Harrison were recovered in 1992 and they were jointly buried in Arlington National Cemetery on 3 May 2002.