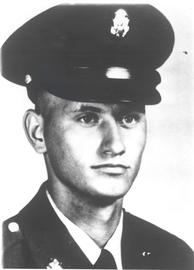 Citation: For conspicuous gallantry and intrepidity in action at the risk of his life above and beyond the call of duty. SPC4 Harvey distinguished himself as a fire team leader with Company B, during combat operations. Ordered to secure a downed helicopter, his platoon established a defensive perimeter around the aircraft, but shortly thereafter a large enemy force attacked the position from 3 sides. SPC4 Harvey and 2 members of his squad were in a position directly in the path of the enemy onslaught, and their location received the brunt of the fire from an enemy machine gun. In short order, both of his companions were wounded, but SPC4 Harvey covered this loss by increasing his deliberate rifle fire at the foe. The enemy machine gun seemed to concentrate on him and the bullets struck the ground all around his position. One round hit and armed a grenade attached to his belt. Quickly, he tried to remove the grenade but was unsuccessful. Realizing the danger to his comrades if he remained and despite the hail of enemy fire, he jumped to his feet, shouted a challenge at the enemy, and raced toward the deadly machine gun. He nearly reached the enemy position when the grenade on his belt exploded, mortally wounding SPC4 Harvey, and stunning the enemy machine gun crew. His final act caused a pause in the enemy fire, and the wounded men were moved from the danger area. SPC4 Harvey’s dedication to duty, high sense of responsibility, and heroic actions inspired the others in his platoon to decisively beat back the enemy attack. His acts are in keeping with the highest traditions of the military service and reflect great credit upon himself and the U.S. Army. 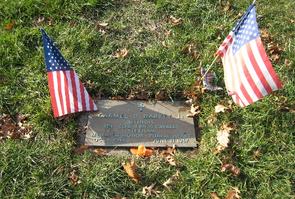 The Family of SP4 Carmel B. Harvey, Jr. was presented the Medal of Honor by President Richard M. Nixon on 16 October 1969.  He is buried in Cedar Park Cemetery, Calumet Park, Illinois.