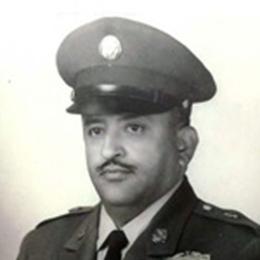 Citation: For conspicuous gallantry and intrepidity at the risk of his life above and beyond the call of duty: Sergeant Eduardo C. Gomez distinguished himself by acts of gallantry and intrepidity above and beyond the call of duty while serving with Company I, 8th Cavalry Regiment, 1st Cavalry Division during combat operations against an armed enemy in Tabu-dong, Korea on September 3, 1950. That afternoon, while conducting combat patrol, Sergeant Gomez’ company was ruthlessly attacked by a hostile force which moved within seventy-five yards of the command post before it was immobilized by rocket fire. However, an enemy tank and multiple enemy machineguns continued to rake the company perimeter with devastating fire. Realizing the tank posed a serious threat to the entire perimeter, Sergeant Gomez voluntarily crawled thirty yards across an open rice field vulnerable to enemy observation and fire, boarded the tank, pried open one of the hatches on the turret and dropped an activated grenade into the hull, killing the crew. Wounded in the left side while returning to his position, Sergeant Gomez refused evacuation. Observing that the tripod of a .30 caliber machinegun was rendered inoperable by enemy fire, he cradled the weapon in his arms, returned to the forward defensive positions, and swept the assaulting force with withering fire. Although his weapon overheated and burned his hands and his painful wound still bled, Sergeant Gomez maintained his stand and, upon orders to withdraw in the face of overwhelming enemy superiority, remained to provide protective fire. Sergeant Gomez continued to pour accurate fire into the enemy ranks, exacting a heavy toll in casualties and retarding their advance. Sergeant Gomez would not consent to leave his post for medical attention until the company established new defensive positions. Sergeant Gomez’s extraordinary heroism and selflessness above and beyond the call of duty are in keeping with the highest traditions of military service and reflect great credit upon himself, his unit and the United States Army. 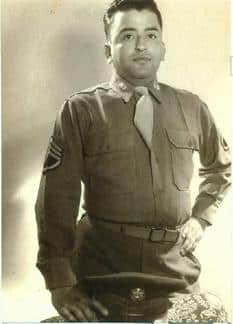