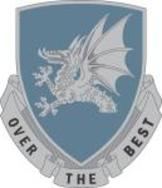 Ask any aeronautical engineer what keeps a helicopter airborne and more than likely you will receive a 30-minute lecture on the principles and dynamics of aerial flight.  Ask a 1st Air Cavalry aviator the same question and chances are his answer would be the 15th Transportation Corps Battalion.

Whether a bullet hole needs patching or the 1,180 pound engine of a Chinook needs replacing, the task falls to the men of the 15th TC (Aircraft Maintenance and Supply).

Each month, 90 to 120 tons of repair parts are bolted, welded and fitted by the maintenance men to service Cav birds.  The well-oiled, computerized parts order system shoots the full spectrum of parts to the men at places like Bearcat, Phuoc Vinh, Tay Ninh or Quan Loi.

The Battalion’s shops are equipped to handle any electrical, hydraulics or avionics problem.  The damaged helicopter may need the skills of the men in the sheet metal, engine, or prop and rotor shops.  The jobs call for specialization; whether the need exists for a specially machined part or an intricate adjustment of the armament on a deadly Huey-Cobra, there is a shop to fit the mission.

After the aircraft is rolled out of the repair shops it is given a thorough test flight before being released for service.  Since their arrival in the Republic of Vietnam in 1965, the men of the Battalion have seen to it that the 1st Cav ships stay in the air.

Because of the large number of helicopters organic to the airmobile division, the 15th TC Battalion from 1965 to 1969 was one of the largest battalions in the Army, having more than 1,300 people assigned.  With so many men available the Battalion was able to provide maintenance detachments throughout the area in which the 1st Cavalry Division operated; Cav helicopters were never far from a maintenance person.

When the 1st Cavalry Division made the move south to III Corps in late 1968, the Battalion proved its excellence.  The men worked overtime, preparing virtually all of the Division’s helicopters for the immense work load they would be carrying.

The move was made, and the effort of the men of the 15th TC Battalion paid off.  As they arrived in the Air Cavalry Division’s new Area of Operations, they quickly set up their operation, and the outstanding service they provided was not delayed a moment longer than necessary.

Then in mid-1969, the Battalion underwent a massive change, one which altered its operation greatly.

The unit’s strength was greatly reduced, from four to two companies, dropping personnel levels to about 600.  In turn, separate maintenance detachments were assigned to each company-sized aviation unit in the Division.

This was done to provide even better service to the aviation units.  In the past, the four companies of the Battalion had not been co-located with the aviation units, and time and distance factors sometimes precluded instant service.

Although their job has changed since their arrival in Vietnam, the men of the 15th Transportation Corps Battalion are constantly providing the best service and support for the Division.  They’re keeping the airmobile division “in the air.”

The 15th Transportation Corps Battalion (Aircraft Maintenance and Supply) was constituted on October 15, 1957, as the 15th Aviation Company, 1st Cavalry Division and was activated in Korea.

In September 1963, the unit was reorganized and redesignated Headquarters and Headquarters Company, 15th Aviation Battalion; and its organic elements were constituted and activated concurrently.

The Battalion was redesignated and converted to the 15th Transportation Corps Battalion as part of the 1st Cavalry Division (Airmobile) on July 1, 1965.

The Battalion deployed to the Republic of Vietnam with the 1st Cavalry Division in September 1965.

The Battalion was inactivated at Fort Lewis, Washington on April 28, 1971.