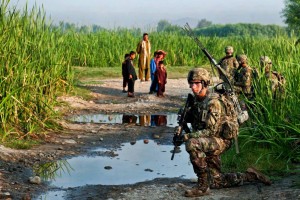 Lists and citations by war may be viewed by clicking on the buttons below.
We honor these brave Troopers.